Jürgen Richter-Gebert involved in the conception

The new Deutsche Museum has opened to the public. The ceremonial opening took place on July 7th, 2022 and with 20 different sections was the largest exhibition opening in the museum since the inauguration in 1925. Amongst the 700 invited guests were Bavarian Prime Minister Markus Söder, Bavaria’s Minister for Sciences and the Arts Markus Blume, as well as Munich’s First Mayor Dieter Reiter.

One of the sections is the entirely newly conceptualized mathematics exhibition. Roughly 200 square meters of exhibition space offer a wealth of opportunities to be amazed by mathematics and to deepen mathematical understanding with all one’s senses. With around 20 hands-on exhibits, 16 interactive animations and simulations and nearly 100 historical exhibits, the section is considerably more extensive than its predecessor. The cube is used as an accompanying creative element, leading through the four areas Introduction, Dimension, Perspective and Symmetry.

A light and open room awaits the visitors, with numerous opportunities to play, observe, puzzle and deliberate. In the opening week, visitors of all ages displayed great interest and enthusiasm in their interaction with the exhibits. Currently the mathematics exhibition lies at the end of a tour of the museum, as a round tour through the building will only be possible once the second phase of renovations is completed in 2028. But the way to the math exhibition is more than worthwhile for those who wish to experience mathematics in a new and easily accessible manner.

With this video from Jürgen Richter-Gebert you can take a virtual tour around the Deutsche Museum and the mathematics exhibition! 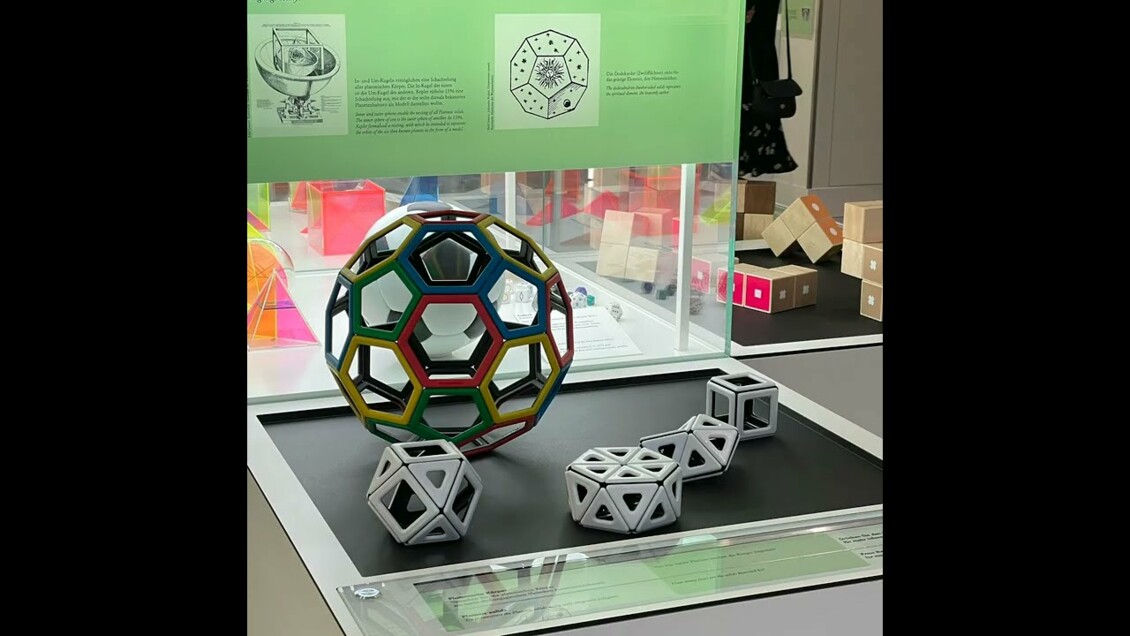 10 years from the drawing board to realisation

Curator Katja Rasch and her predecessor Anja Teuner conceived and compiled the exhibition together with a team from the Deutsche Museum and a specialist advisory council composed of Joachim Fischer, Jürgen Richter-Gebert, David Rowe and Stefan Ufer. Ten years have passed since the first meeting of the planning committee. Since then, the team has designed and created exhibits, conceived the room layout and finally installed the exhibition. In particular, Richter-Gebert was involved with concrete ideas for the exhibits and in programming the software for the interactive media stations. The software is based on the visualization platform Cinderella, which he develops together with colleague Ulrich Kortenkamp.

Richter-Gebert is Professor for Geometry and Visualization at the Technical University of Munich (TUM). For many years he has been imparting mathematics to children and adults in different and unusual ways, and has considerable experience in the conception of exhibitions. He is the founder and director of the mathematics exhibition ix-quadrat at the TUM and was substantially involved in the creation of the exhibitions "Imaginary – with the eyes of mathematics" and "LaLaLab – The Mathematics of Music".